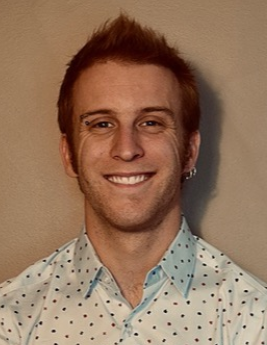 Alex Sutherland joins us in the role of Human Resources Coordinator. He’ll be helping CCDI to find the best people that will continue to fuel our growth now and in the future.

Before he began his career in Human Resources, he worked for 10 years in the automotive industry as an automotive technician at Audi of Royal Oak. After completing his Journeyman’s Certificate, Alex decided it was time to dive into a new challenge and enrolled with SAIT’s Business Administration programme. After joining student government, starting clubs, and participating in everything that makes student life so exciting, he graduated with a Bachelor of Business Administration specializing in Human Resources with Honours.

Growing up in Calgary’s NE, which is a beautifully diverse place, he learned about different cultures, people, and foods! But after having worked, learned, and explored the world he found that the world could use more diversity and inclusion. He set the goal of bringing to wherever he worked and maybe even the world someday the value of what he learned growing up in NE Calgary.

When he isn’t working, Alex loves to explore; be it his own backyard in Calgary discovering new food, shops and spaces, or the world traveling and learning about what life is like all around the world.