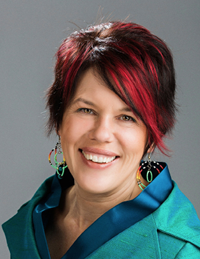 Shannon Monk is the founder and CEO of Sakatay Global, (www.sakatay.ca) and creator of the Indigenous Circle Approach to Cultural Confidence™. She has been a leader and innovator in Indigenous Education for almost 35 years. In addition to her current cultural training work, Shannon has also led a number of high-profile national projects to inspire cultural confidence and build relationships between Indigenous and non-Indigenous people and organizations. Most recently, this has included:

Shannon’s academic accreditation includes a Graduate Degree in Public Administration with a focus on Indigenous Policy and Governance from Queen’s University, along with a Bachelor of Arts in Native Studies, and a Bachelor of Education. Shannon is of Mi’kmaq (Prince Edward Island) and Celtic (Nova Scotia) descent, and a member of St. Theresa Point First Nation, an Oji-Cree isolated fly-in community in northern Manitoba.