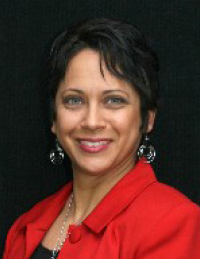 Christine McDowell joined the federal public service as an Intern with the Canada Employment Centre in Kentville, NS in 1990. Throughout her university career, Christine continued to work as an Intern until graduating with a Bachelor’s in Business Administration from Acadia University. After working in Banff for several months following her graduation, Christine moved to Ottawa for a position with the Environmental Health Directorate of Health Canada.

Christine worked in the private sector for two years with a large accounting firm before returning to work in the federal public service in Nova Scotia as an Employment Counsellor with HRDC. Christine eventually took on progressively challenging roles until venturing into management as the Manager of a Service Canada Centre in Digby, a coastal community in Nova Scotia. After becoming the Director of Citizen Services for Nova Scotia in 2007 and the Executive Director for Citizen Services in 2009, Christine has provided leadership to a number of business lines in the Atlantic Region as the Executive Director for Strategic Services and for Integrity and National Services. And after taking on the role of Director General for Strategic Services she took on the Director General role for Citizen Service and Program Delivery in January of 2018.

Christine is the Regional Champion for Atlantic Region Mental Health and Wellness Committee and the ESDC Champion for Gender-Based Analysis+. Most recently, Christine has assumed the role of co-chair for Integrated Operations Committee.