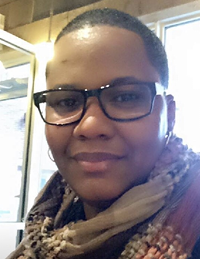 Danielle Elias is a Senior Consultant of Diversity and Inclusion with the Public Service Commission of Nova Scotia. Growing up in Castries, St. Lucia, Danielle left to receive an undergraduate degree in Sociology at St Mary’s University in Halifax where she discovered her love of this city and her hate for Canadian winters. To escape said winters, Danielle returned to St Lucia and took on the role of Professional Officer in the Gender Relations Department and AIDS Action Foundation where she focused her work on gender violence and HIV/AIDS education.

After realizing that she has yet to live in a city that has grey skies and rain 11 months of the year, Danielle traveled to Wales to complete her Master of Economics – Social Development, Planning and Management at the University of Wales Swansea, United Kingdom. It turns out grey wasn’t for her so after completion of her Masters, Danielle once again landed in Castries where she worked as a consultant. In 2010, Danielle decided that she might give these cold months another shot and she permanently immigrated to Nova Scotia, starting her work with the Nova Scotia Public Service Commission in 2012.

Danielle currently lives in Halifax with her wife and their amazing toddler.