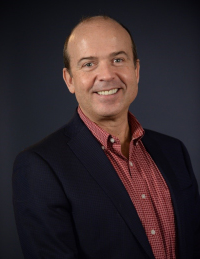 Jeff Ince’s career in insurance started 25 years ago as a claims trainee at the Royal Insurance Company in Toronto. From there, he joined the claims team at the Canadian head office of Johnson & Higgins where he was introduced to the world of global brokers. At that time, Marsh & J&H were arch-rivals, so when the merger of the two brokers was announced in May of 1997, Jeff accepted an offer to leave the brokerage world and go back to the claims side – this time in Claims Management.

Jeff chose to leave J&H as he had an offer to join the Head Office Marketing staff of the Independent adjusting company of Lindsey Morden (the predecessor of Cunningham Lindsey). It was at this company that Jeff found a mentor and role model. He was Jeff's manager and quickly became his close friend and in today’s terminology – an ally. It was also during Jeff’s time at LM that he met who would become his future husband and father of his twin daughters. Jeff spent 13 years at Cunningham Lindsey - 4 of which were in suburban Washington D.C., including September 11, 2001. Later, Jeff went on to become a partner in a start-up insurance brokerage in suburban Toronto, and then back to working for a global broker called Marsh!

As Co-Chair of the Canadian Pride BRG in its inaugural term, Jeff practices diversity and inclusion daily. He is very proud of what his BRG has accomplished in its first year and can honestly say that his involvement with D&I at Marsh has changed his life for the better. Jeff truthfully brings his whole self to work every day and didn’t do that prior to his involvement with the Pride BRG.