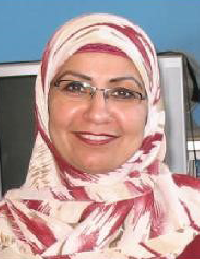 Rukhsana Syed is the Diversity & Inclusion Acceleration leader for IBM Canada, responsible for making sure IBM meets and exceeds corporate & government standards for equity, diversity & accessibility. In her current role, she is utilizing data to predict trends that uncover actionable insights and building Analytic and AI processes, best practices, and technology that powers solutions used to cultivate a more inclusive environment. She spearheaded IBM efforts to become AODA & AMA compliant nationwide while maintaining the corporate accountability framework. She is IBM Canada’s Employment Equity Officer and played a vital role in creating a global model for IBM to roll out Transgender Benefits. IBM Canada is 1st Technology Company in Canada to announce this coverage.

Two decades of experience include leading IBM’s flagship programs specific to Indigenous People, Women, & People with Diverse Abilities. Rukhsana is a proud certified LGBT+ Ally since May 2014. She takes pride in creating and delivering 100+ IGN.I.T.E. Technology camps for Aboriginal students from coast to coast to coast (Halifax to Vancouver to Resolute Bay) for past 14 years.

Rukhsana has led over 300 Women In Technology (K-12) sessions, reaching more than 18,000 female elementary students. She is Civilian Co-chair of the Muslim Consultative Committee and on Chief’s advisory Committee with Toronto Police Services. She mentors within & outside her community globally and works closely to promote education & women rights. She also works as the Treasurer at her local religious by the Women for the women mosque/community center.

Her efforts were acknowledged by the former Lieutenant governor of Ontario, Honorable James K. Bartleman for her contributions to his Aboriginal Literacy program. She also received the Queen's Diamond Jubilee Medal from the Honorable David Onley in 2012.

Rukhsana was born and raised in Pakistan, she graduated from The Institute of Business Administration at University of Karachi. She immigrated to Canada in 1993 where she now lives with her three children.