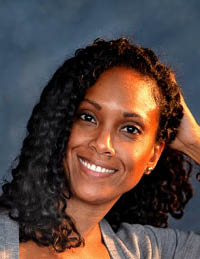 While completing her Psychology Degree at the University of Windsor, Tyjondah Kerr started her career in gaming in 1994 with Casino Windsor. She began working for OLG in 1999 and has held management positions at OLG Slots at Mohawk Racetrack and OLG Slots at Woodbine Racetrack. During her 20+ years with OLG, Tyjondah has had progressive leadership roles.

In 2019, Tyjondah received the Vaike Murusalu Empowerment Award at OLG. Her dedication for leadership and empowering people to reach their goals has been her driving force with every position she undertakes.

In 2020, Tyjondah became one of Canada’s 100 Accomplished Black Women by 100ABCwomen authored by the Honourable Jean Augustine.

Tyjondah is a married mother of 2 and resides in Brampton, On.